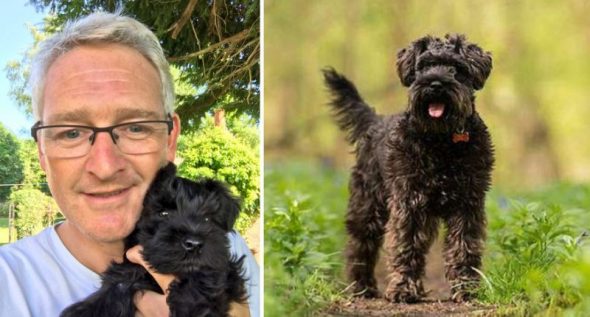 When a pup was missing from home after the Amazon delivery, the owner Richard Guttfield got the address of Amazon CEO Jeff Bezos which is public to see if he could help.

The delivery man of Amazon dropped a package at the UK residence of Guttfield in Marsworth, Buckinghamshire. But while returning he secretly stoles the dog named wilma. That was later found nowhere by owners.

After an email to Jeff Bezos, they were served by someone from Amazon who tracked the delivery driver and found the dog in his house. After 5 days of search finally the dog returned to her home.

The lucky charm who helped owners to find their dog is an Amazon employ “Rob”. Who was going through Bezos inbox and investigated on this case, that lead to the Wilma returned back to her home from the driver’s home.

A spokesperson told CNBC in an email that such things doesn’t copes with companies standardised delivery partners. A reply from Amazon states that we take these matters seriously and the delivery person who committed such a shameful act is now no longer working with Amazon delivery service provider.

Guttfield was satisfied with the actions of company but cautioned other customers to be safe from such threat.

He stated that this can happen with anybody as our homes are exposed to such drivers although number of then are great persons, but we must be aware of them. Its just a good luck that I got Wilma back.