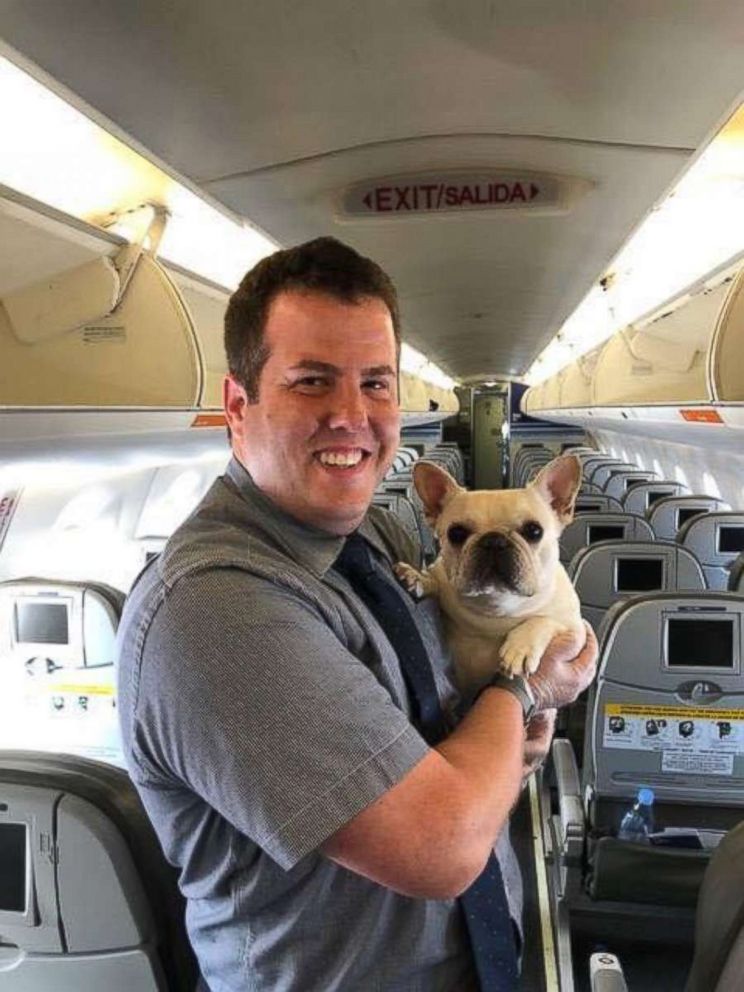 It got a tough time for bulldog in the plane when he had to face the lack of oxygen during flight. As everyone knows that in-cabin air pressure causes some problem to breath but the worst impact got on the french bulldog named Darcy. Darcy was in the flight from florida to massachusetts with family when they noticed faintness, distress in dog. The 3years old bulldog's and she was having problem in breathing. Flight attendents of jet blue airline were alert and responsive. suddenly they saw the dog was getting problem in breathing, they took out oxygen mask and let her to pump. The pictures shows that dog was going through hypoxia(lack of oxygen) which can be deadly if not treated on time.

Renaud Fenster, a crew member at jet blue, who spoke "Good Morning America" on Monday, said that it's been 15years since he is working with this airline but he has never seen any situtation like this.

" i was going through the cabin and i noticed a passenger who had the dog out of her crate and the dog was not in well condition. For a momoent i believed that the dog passed out. The dog began to act unctrollably, and so as myself  French bulldog owner, the dog was gicing the signs of overheating and requires some ice. immediately ice was provided to dog but it didnt make any change in his behaviour.

" According to me there was the need of oxygen to animal. So i called the caption, and told him that i require the use of some oxygen, he replied" Go Ahead". as soon as we placed the oxygen mask to dog, she began to revive.

Michele apprecitaed the work of crew members to save the life of Darcy with their attentiveness and wanted to convey a message for public that "Good poeple are doing good things on a daily basis even if it is in small ways or big ways."

"Crew members of jet blue airline ensures passengers to provide complete afety and comfort to passengers during their flight duration. In a statement to "ABC News" JETblue states that "We're thankful for our crew's quick thinking and glad everyone involved was breathing easier when the plane landed in Worcester."