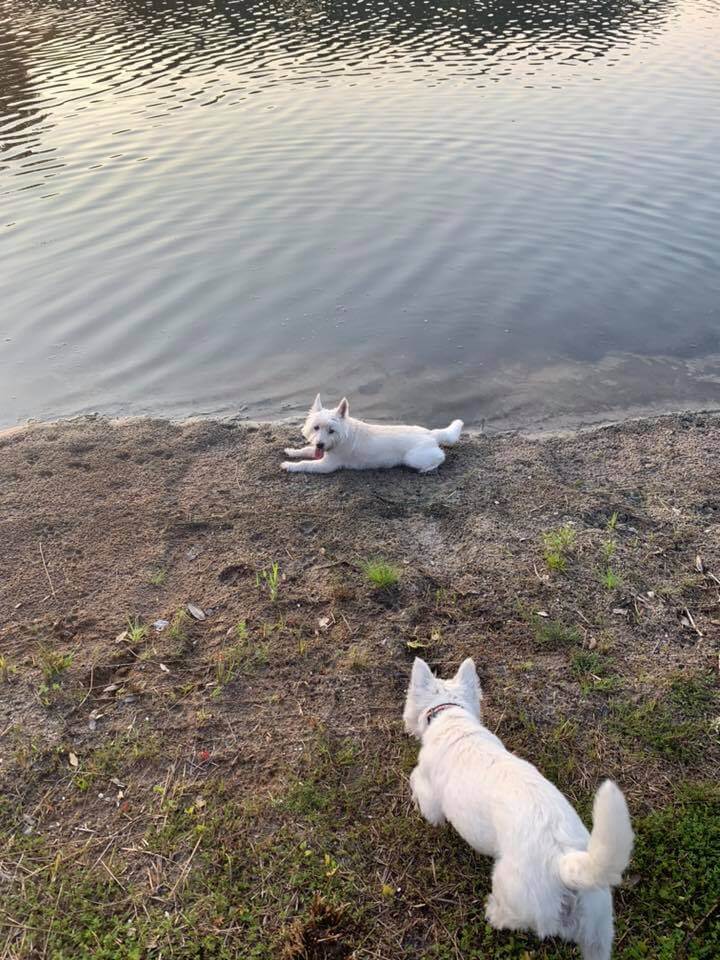 Dogs owners, particularly in the southern U.S., are being warned to keep their animals away from ponds and lakes where blooms of blue-green algae could be deadly to their fury loved ones. Melissa Martin and Denise Mintz said their four dogs — Abby, Harpo and Izzy — died within hours of frolicking in a pond Wilmington, North Carolina. In a heartbreaking Facebook post, Martin wrote that "our dogs crossed the rainbow bridge together. They contracted blue green algae poisoning and there was nothing they could do. We are gutted." "I wish I could do today over," Martin continued. "I would give anything to have one more day with them."
In another incident, a couple from Marietta, Georgia, said they lost their dog recently just an hour after visiting Lake Allatoona in Bartow County. "We took our sweet Arya to the lake and had the best day playing ball and swimming around! About 30 minutes later on the drive home, we noticed her making weird noises. They rushed her to an ER but by "the time we got there, she was brain dead," Fleming reported. In Austin, Texas, pet owner Clare Saccardi said she recently lost her 4-year-old Golden Retriever, Harper, after a visit to Red Bud Isle on Thursday. Within about an hour and a half of leaving, Saccardi says Harper began showing symptoms. “She’s struggling to breathe, and she starts getting a little foam in her mouth, and so we take her to the emergency vet, and ten minutes after we got there, they told me that, ‘Your baby’s not doing good. We have to give her CPR,’ and she died shortly after that.” The dog deaths in North Carolina, Georgia and Texas have all been linked to blooms of blue-green algae.