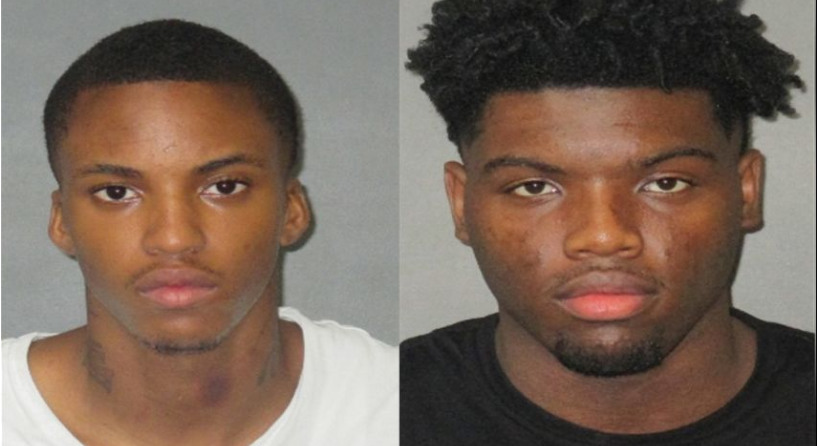 Two men's who attempted to rob a man walking along the street with his dog were arrested by police on Sunday morning. Police claims that Branson jones and jaylin Humphries were arrested on Sunday early morning at 2:00 am for armed robbery. Victim states that four boys were following him in the red car and parked the vehicle in a parking lot near to his street way. Jones and Hamphries grabbed the victim armed and was yelling "GIVE ME YOUR MONEY" and headed a gun on his head. They punched the victim and suddenly dog began to bark on them, which scare them and went back to their vehicle. All this footage got caught in street camera's, hence victim had to face minor injuries but saved his belongings. The two robbers were caught and arrested by police on early sunday morning.