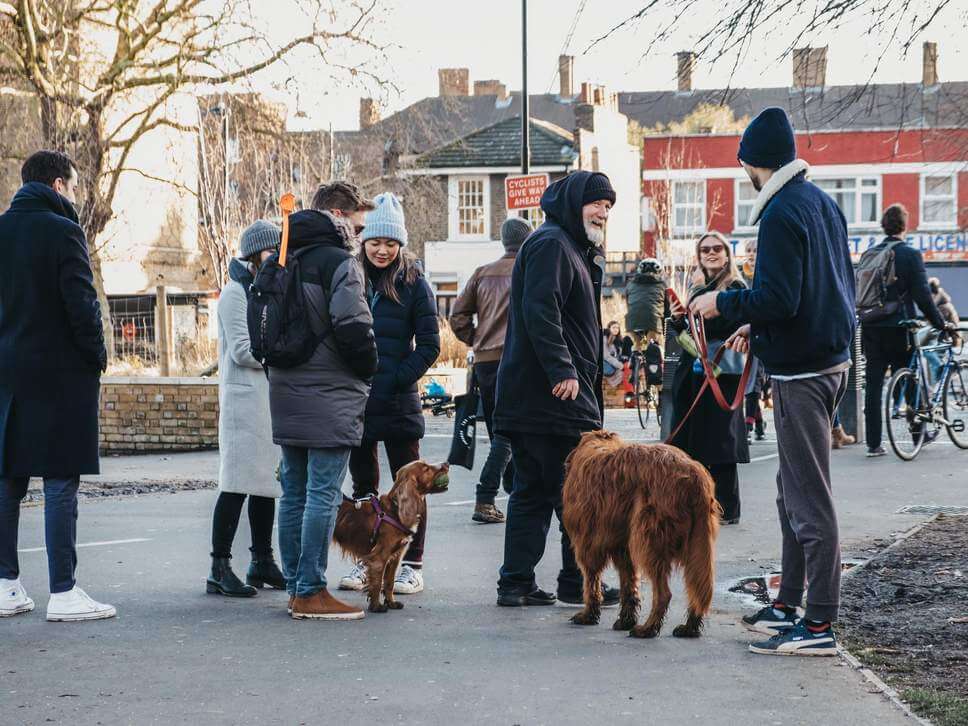 Having a dog is good for your social life, a new study has suggested.
A poll of 2,000 dog owners found that nearly half of respondents have made new friends while taking their pet for a walk.
Those surveyed had met an average of four new people while out for walks with their pet or at puppy training classes, with a majority saying that owning a dog had boosted their confidence as they can more easily talk to strangers.
Health, stress levels and love-life were all reported to have been improved by dog ownership.
This has led to the dogs themselves having a vast social life too, with 60 per cent of those polled believing their pet has "dog friends".
Owners believed their dog to have an average of three friends, with more than a quarter having a consistent "walking buddy".
Eight in 10 of the pet owners polled said they believed it was important for dogs to have friends, which they regularly see.
“Similarly, dogs are the perfect ice-breaker to start conversations with people you might otherwise pass by and are proven to bring numerous health benefits along the way, such as improvements in mental and physical health, which this research has also shown.”