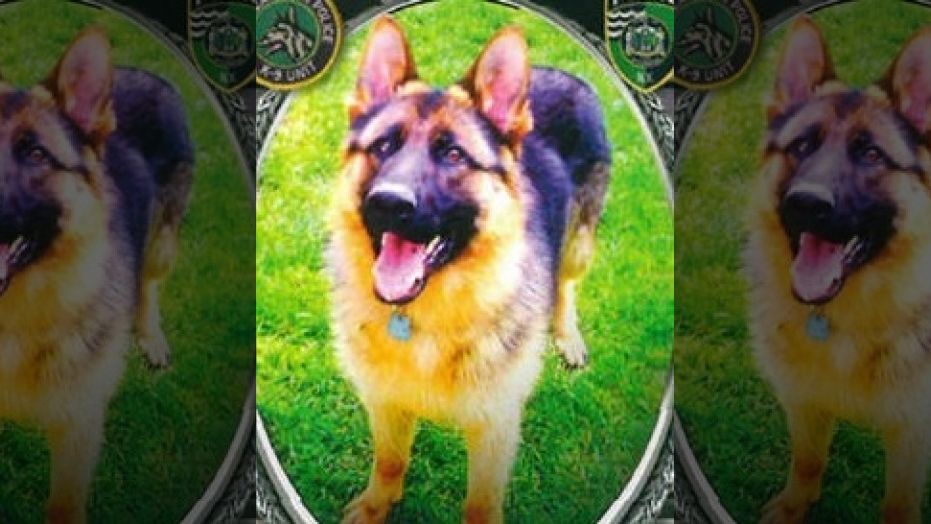 Last sunday was a very sorrowful day for New York police department, when they lost their one of the most brave and beloved dog of their department. "Rocky" a German shephard who was in the cop car with Riverhead officer when suddenly an Audi car hit them at around 2:30AM and speeded away, in the car chase run the rocky handler lost control of car and crashed in a road side pole. This incident lead to life-threatening injuries to Rocky which he was not able to survive. The officer on the next seat too faced some injuries but after getting some medical treatment he is safe now. Rocky was 1 and a half years old when he became a member of police department and became a canine officer and ranked as K9 Rocky. Whole of his life he served for the protection of public and helped police in suspecting various cases. This shocking incident caused a huge loss to police department and he will be missed by everyone. He was very motivated towards his work, just two weeks ago when he suspected a a person who had fled on foot after a shooting. Dog's are such a lovable creature by GOD that when they are once in the house or deprtment, they become a part of our life, every morning when you enters the place, a dog is the one who will be excitingly waiting for you and willing to hug you. Rocky was a very honourable dog, may Rocky rest in peace.